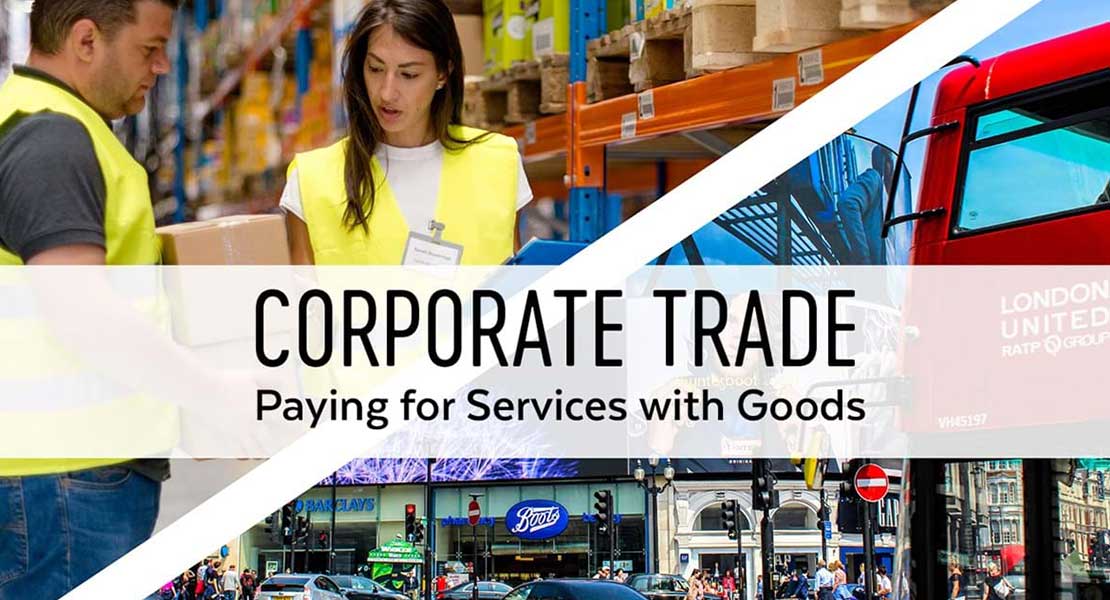 Active International’s UK Financial Director Anthony Woolley discusses how corporate trade allows firms to pay for services in their own product . The article gives unique insight into how corporate trading can bring companies together for the mutual benefit of all parties.

Read the full article below from FinancialDirector.co.uk and more information on Corporate Trade can be found in our whitepaper.

The multinational pharmaceutical company Perrigo had 120 lines of excess product that they were unable to sell. The product sat in a warehouse and with the product depreciating in value, Perrigo engaged in a corporate trade. They ‘traded’ their product for media time and space. For their product they bought media time on Portuguese television on networks such as SIC and TVI, while in the UK their product allowed them to advertise with media companies such as JC Decaux, Hearst Magazines and Sky.

By utilising Corporate Trade (or Media Barter as it is also known), firms that have excess or unwanted stock can use their own goods to pay for services they otherwise would have paid for with cash. Active International is one such Corporate Trader, operating for more than 30 years in the UK they serve as a ‘marketplace’ between companies such as Perrigo and media owners. They buy inventory not for cash but for ‘trade credits’ which can be used to purchase advertising airtime or space, as was the case for Perrigo.

So why use Corporate Trade / Media Barter? According to Anthony Woolley, financial director at Active International, it’s about fully utilising the value of their product: “Firms are using their own products and services to pay for business costs. Their own product has margin built into it. Anything a firm pays with using a pound of their own product doesn’t cost them a pound”.

Unlike selling to a traditional liquidator which would usually pay below market value, corporate trade allows companies to enhance the value of their depreciating products.

Corporate Trade also ‘multiplies’ the value of those goods, Woolley says. “It’s not just one for one, it’s one for more. We give you a multiple in value between one to three, what you get back is possibly up to three times as much than if you traded a straight contra-deal”.

Corporate Traders such as Active International also allow companies to place restrictions on where their traded product can be sold “You can tell us who you want your product sold to or which country. Any restrictions you want to give us, that’s fine. We will work within those restrictions, and then you’ll still get a multiple of value”.

Corporate Traders, like any intermediary finds its profits by using the inbuilt margins of the products being traded. However, corporate traders like Active International, are not solely middlemen. They provide a solution to the inherent issue of a direct exchange of goods or services.  By being a marketplace where goods and services of different values can be exchanged, corporate trade allows businesses the flexibility to capture the value within their product and release that value at a time of their choosing.

“A normal exchange requires it to happen at the same time. For us at Active, it doesn’t matter,” Woolley says. “If you suddenly have some products that you want to get rid of, you can do that. Your media spend might be over the next few years, that’s not a problem. We’ll hold that value and release it as you spend on media. The timing no longer becomes an issue”.

O2 the telecommunications company provides another example on why firms engage with corporate trade. O2 planned its advertising campaign as normal, using its current media buying agency.  When it came time to pay for the campaign, O2 utilised corporate trade and Active International. They were able to pay for part of their media campaign using their telephony product. Furthermore, by providing telephony services, O2 was able to secure additional contracts through Active’s media contacts and other corporate partners.

Simon Valcarcel, head of creative and media at O2 said “We have worked with Active as a valued partner for over seven years, over this period they have helped O2 to gain over £10m of new business contracts from a number of our key corporate targets by allowing them to part fund the cost of working with us in product”.

Media companies are also a willing and long-time partner in corporate trade. “Media owner partners are able to use their media space to pay for business costs that otherwise they would have had to pay for with cash. In addition, corporate trade helps to convert stagnant assets into advertising spending bringing new revenue to the market”, Woolley says.

“The media owners get a bigger advertising budget that’s going through them and they still get full benefit because although we don’t necessarily pay them all in cash, they get paid in a business cost that they would have had to pay any way”.

While corporate trade is not that well-known outside of the media industry, there is a wide range of companies that use it to generate value.  Active International for example works with over 150 clients in the UK including blue chip clients like British Airways, O2 and John Lewis as well as ScaleUp brands such as Habito and Eve Sleep. Woolley says “Corporate trade helps firms pay for services that they need with what they have”.

More information on corporate trade can be found in our whitepaper.

In Uncertain Times, Marketing and Supply Chain Team Up to Achieve More